A place for Australia’s iconic Kangaroo

/ / A place for Australia’s iconic Kangaroo

A place for Australia’s iconic Kangaroo 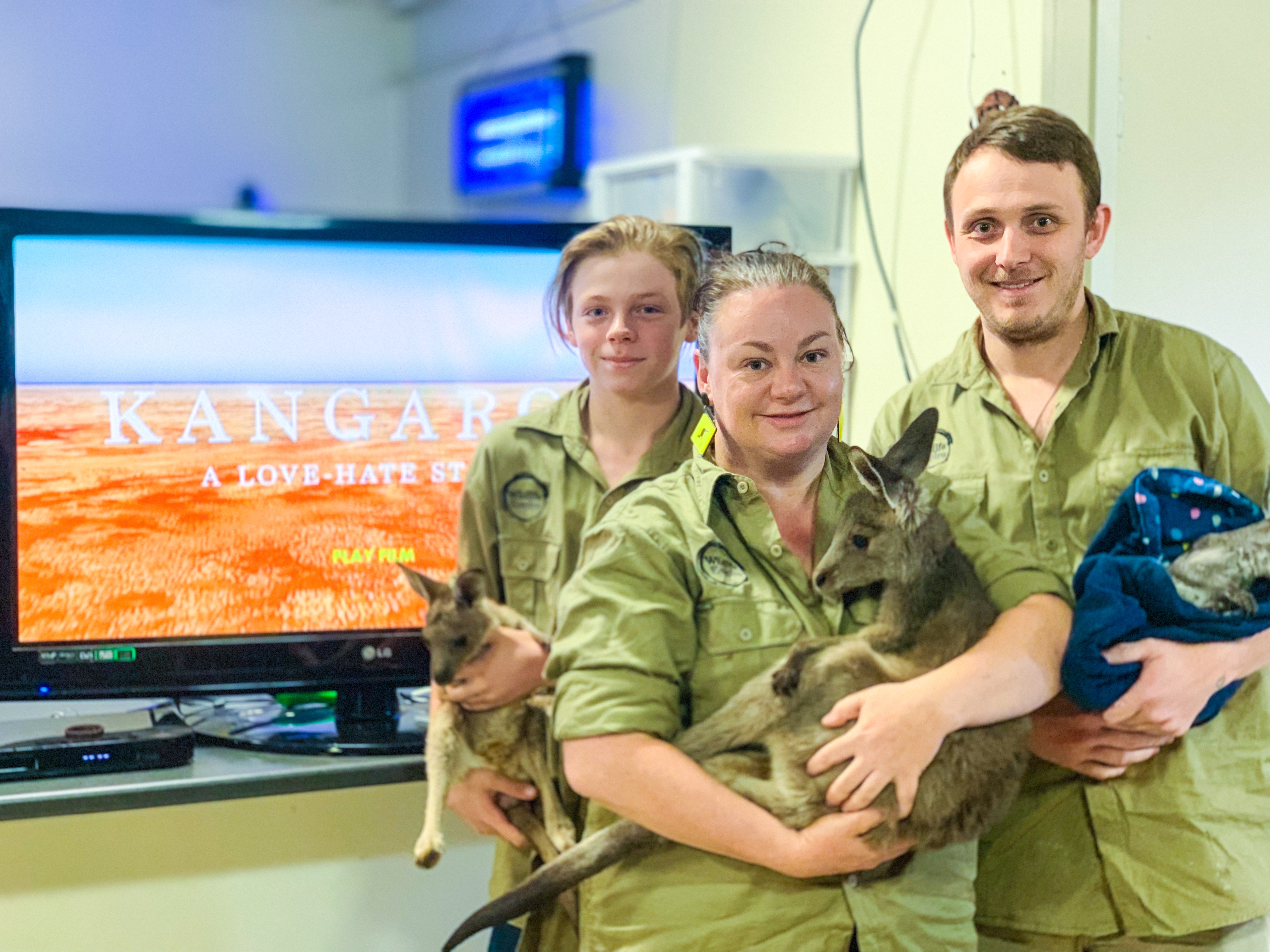 Kangaroos are being slaughtered in our backyards, all in the name of fun or profit. This is a devastating reality, and one that we can change.

There are rare moments in your life when the issues confronting wildlife protectors transcend into your living room. The academy award winning documentary “Kangaroo – A Love-Hate Story” has shocked viewers with its real-life depictions of the treatment of our national symbol.

Wildlife Empire, based in Goondiwindi held a screening of this movie to draw attention to the tragedy of inhumane killings of Kangaroo in Australia. While this represents the worst of an industry, we need to acknowledge that a large number of licensed operators would be conducting themselves professionally and in accordance with the code of practice; but perhaps the code itself needs to change.

While extreme conservationists would rather see the end of the business altogether, this would be criticised for its short sightedness. The Kangaroo meat trade totals 3,000 tonnes annually. The economic benefit is obvious.

What Australians should not tolerate is the way in which this business is carried out and what appears to be the clear lack of government oversight or will-power to make a difference.

In a study of commercial operators Kangaroos were slaughtered inhumanely in over 35% of kills. Evidence that has been gathered shows that in more than a quarter of deaths the Kangaroo was not killed with the first shot and further attempts include multiple gunshots, throat cutting, or blunt force trauma… often using ineffective techniques. This leads to a painful and long drawn out slaughter of a wild animal.

I can just imagine the absolute outcry of Australians if this method of slaughter was undertaken for lambs or cattle… being slaughtered like it was a game of roulette. Just last year we saw the horrifying scenes of our live sheep export trade, which brought the industry to its knees. Where is that level of concern for an animal that features on our nations Coat of Arms.

There are also ongoing concerns about the quality of our Kangaroo meat. Laboratory tests have shown that over half the Kangaroo meat found on shopping centre shelves contain the deadly Salmonella bacteria or dangerous levels of E.Coli. This is potentially the reason for Australians avoiding game meats. As a result the meat trade business has to seek sales on the international market as Australians just don’t trust the quality.

Rather than burying our heads in the sand we should ensure the regulation of the industry by providing oversight to the humane killing of Kangaroos as well as developing and enforcing health and food quality controls in order to ensure the the meat is processed under strict health standards as are required in other commercial abattoirs.

This oversight should not be limited to the meat trade. We should also address the way we care for the natural wild habitats of Kangaroos. We can all recollect the times we were frustrated at the damage they do to our cars, but the prevalence of Kangaroos near our highways is not necessarily an accurate depiction of their overall numbers.

In Queensland the number of Red Kangaroos has declined by over 3 million since 2001. With just 5.5 million left, does that mean in another 40 years they will be extinct in our state? The future of the Eastern Grey is even more concerning with their total population being halved to 10 million across the same period.

Tennille Bankes and Chris Maher have started Wildlife Empire in Goondiwindi and they’re committed to educating locals about the different fauna in our region. They rescue injured or displaced animals including reptiles with the aim of releasing native fauna back into their traditional habitats. You can contact them via email wildlifeempire4390@gmail.com or calling 0434 793 313.