/ / Public money should never be used to sway opinion

Southern Downs Regional Council recently announced that it would engage a consultant to review the proposed de-amalgamation business case by the Granite Belt Community Association (GBCA).

Former Labor Candidate for Southern Downs, Joel Richters, has expressed concerns on social media regarding the appropriate use of public money.

“Public revenue should be used to provide services, infrastructure and to build the economy. In my opinion using public money for political campaigns or attempting to interfering with free and fair elections is unethical and wrong”.

The business case by GBCA has been presented to the Queensland State Government arguing that the local government area should be split in two. Queensland Treasury Corporation (QTC) are currently reviewing this proposal to better advise Southern Downs Regional Council and the Minister for Local Government about the viability of the proposal.

“I see this process being undertaken by QTC as full, independent and reliable. If QTC feel that the business case is financially viable then it should be put to the vote of the entire Southern Downs community”.

During this time there will be many debates for or against de-amalgamation however public money should never be used to persuade public opinion in either direction.

“I would caution against any public funded consultation or review, certainly before QTC has provided their report, otherwise this will be seen as inappropriate use of rate payers money” Mr Richters said.

The report from QTC is expected to be made available in early April. 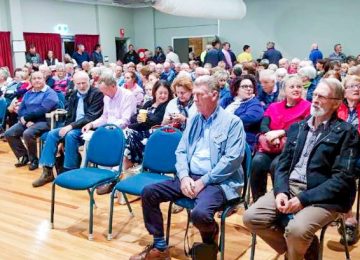