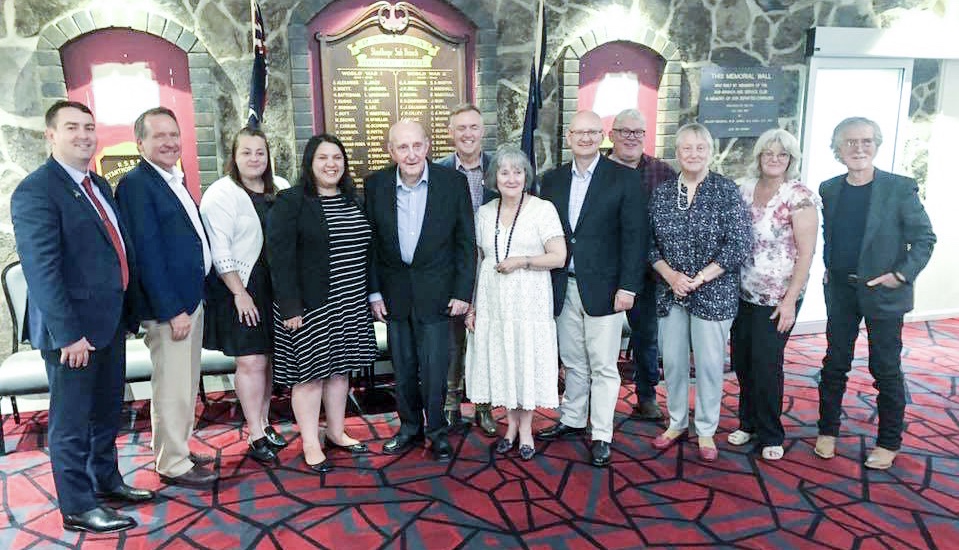 The contribution of the late Paul Jerome Remigius Hilton to the Stanthorpe and surrounding area was recognised and celebrated at a luncheon held at the Stanthorpe RSL on Saturday 3 November.

Mr Hilton, a member of the Australian Labor Party and later the Queensland Labor Party, represented the State Seat of Carnarvon which centred on Stanthorpe for 28 years from 1935 to 1965.

Guests of honour at the luncheon were members of Paul Hilton MP’s family: Paul Hilton (his son), Margaret (his daughter) and five of his grandchildren.

Speakers detailed Paul Hilton’s vision for his electorate and for Queensland by quoting from his speeches in Parliament and noting his dedicated service through 28 years as the Member for Carnarvon.

His son Paul, who recently celebrated his 90th birthday, honoured his Mother for the dedicated support that she provided to his Father’s election campaigns and to the residents within the Carnarvon electorate. It was obvious that Paul Hilton MP held to his Labor ideals and principles and that Labor was seen as truly representing the interests of rural and regional communities. He was honoured with a standing ovation.

Labor for the Regions, a Labor Association that is co-sponsored by Senator Chris Ketter, Jim Madden MP and Cathy O’Toole MP, is actively involved in focussing on rural and regional issues in Queensland and has a number of Executive Members who are resident on the Darling Downs and Granite Belt.